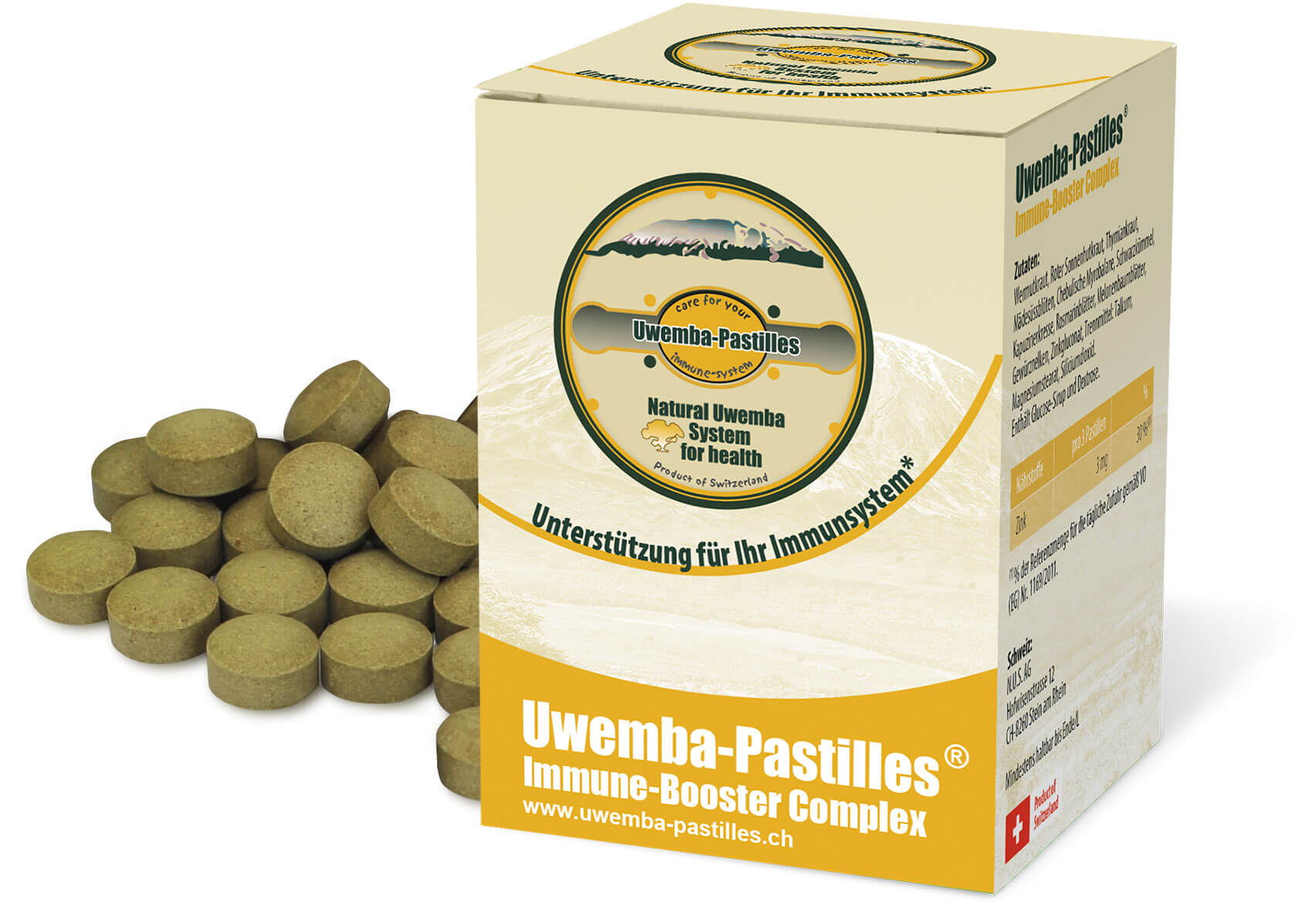 Support for your immune system*

Food supplement made from 10 different plants and zinc.

Uwemba-Pastilles® Immune-Booster Complex are suitable for regular use (120 pastilles = 40 days) and/or as a daily dietary supplement. Take 3 pastilles daily, one before each main meal with some liquid. For use in adults and children over 12 years.

Strong defense through the cold and dull season 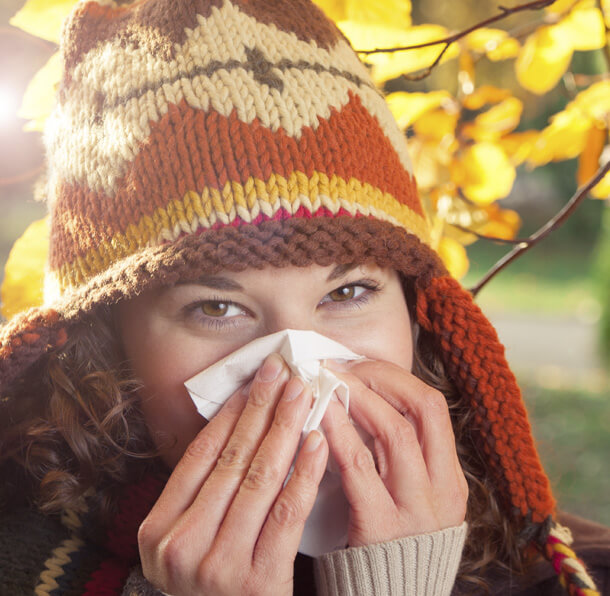 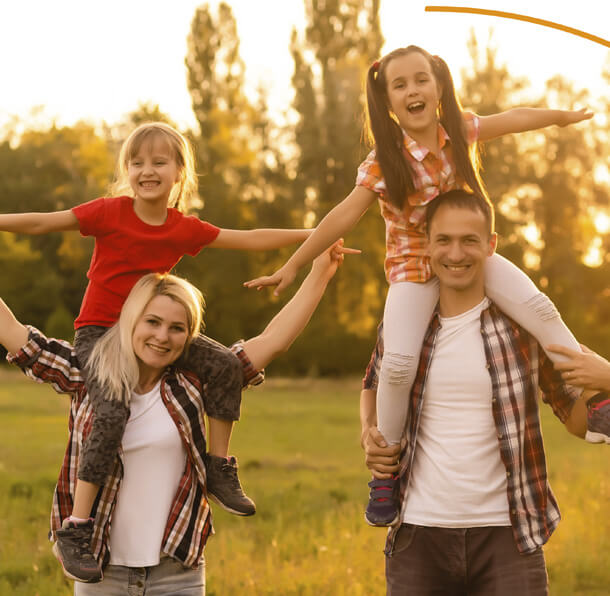 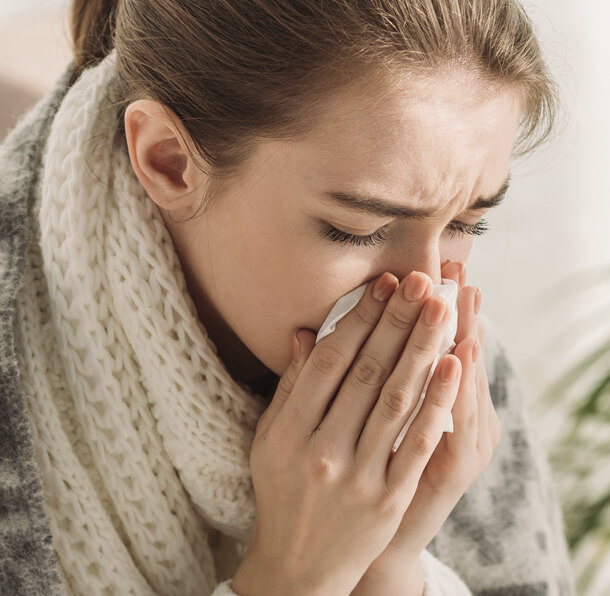 Uwemba-Pastilles® Immune-Booster Complex consist of zinc and ten plants that have a positive influence on the body’s defenses. Uwemba-Pastilles® benefit holistically, activate the metabolism and provide more vitality. Especially in the cold and gloomy season Uwemba pastilles are suitable for strengthening the immune system. But they can also be taken preventively and for convalescence.

The purely natural plant mixture with zinc gluconate provides the organism with minerals that are often not found in sufficient quantities in our food nowadays.

Food supplements are not a substitute for a varied, balanced diet, fresh fruits and vegetables and a healthy lifestyle. Store in a cool, dry place out of the reach of children. Do not exceed recommended dosage. 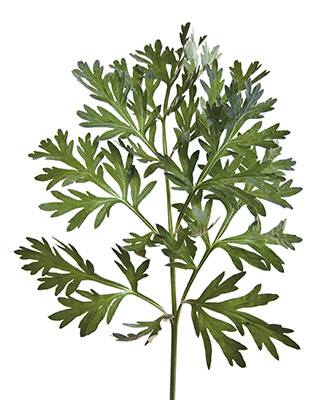 Wormwood was already mentioned by the ancient Egyptians in the papyrus Eber under the name Saam. Later Hildegard von Bingen called it one of the most valuable medicinal plants. Accordingly, it was used against many diseases such as cholera, plague, paralysis, poisoning, eye inflammation, yellow fever.

Wormwood also had a place in the environment of early, sporting competitions: in ancient Rome, the winner of a chariot race received a cup of wormwood as a prize.

Traditionally, wormwood is considered to be stomachic, appetizing, diuretic and digestive. In naturopathy it is used, for example, for bloating, disturbances of the bile flow, loss of appetite, general digestive complaints, Crohn’s disease, flatulence, gastritis, strengthening the immune system strengthening of the immune system, heartburn prescribed.

Wormwood was already mentioned by the ancient Egyptians in the papyrus Eber under the name Saam. Later Hildegard von Bingen called it one of the most valuable medicinal plants. Accordingly, it was used against many diseases such as cholera, plague, paralysis, poisoning, eye inflammation, yellow fever.

Wormwood also had a place in the environment of early, sporting competitions: in ancient Rome, the winner of a chariot race received a cup of wormwood as a prize.

Traditionally, wormwood is considered to be stomachic, appetizing, diuretic and digestive. In naturopathy it is used, for example, for bloating, disturbances of the bile flow, loss of appetite, general digestive complaints, Crohn’s disease, flatulence, gastritis, strengthening the immune system strengthening of the immune system, heartburn prescribed. 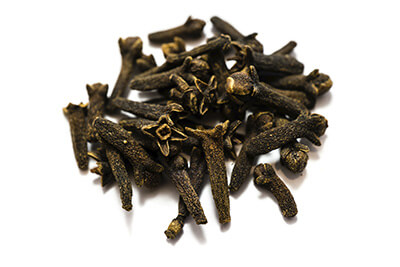 Cloves have been used in cooking since time immemorial. They are used for food preservation and in medicine. Originally from Indonesia, the plant is now grown in various places around the world, including South America such as Brazil. Cloves have great potential for pharmaceutical, cosmetic, food and agricultural applications. Medicinal uses include mainly toothache, oral hygiene and sore throat.

In Persia and China, it was said to have aphrodisiac properties.

Over the centuries, cloves have been used against diarrhoea, for liver, stomach and intestinal complaints and as a stimulant for the nerves, but they are also used to treat flatulence, nausea and vomiting. In tropical Asia, cloves were used to treat various infections such as malaria, cholera and tuberculosis, and also scabies. Especially in America, cloves are known to fight worms, viruses, candida, various bacterial and protozoan infections. 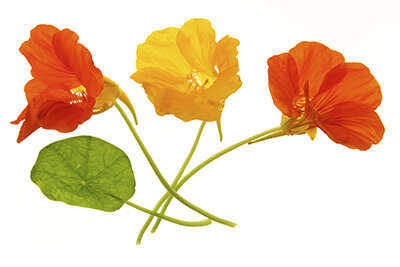 Nasturtium is unknown in the wild. However, it is the most commonly cultivated species of Tropaeolaceae. The plant came to the Netherlands from Peru in the late 17th century.

In folk medicine, nasturtium is said to have an anti-inflammatory and antibacterial effect. It is used as a food and spice and is also a plant antibiotic. It is therefore often used to treat infectious diseases such as urinary tract infections and colds. It is also used in folk medicine as an irritant for scrofulous diseases and as a skin disinfectant. As a salad, it has a blood-cleansing effect. Nasturtium is said to activate the body’s own defences. 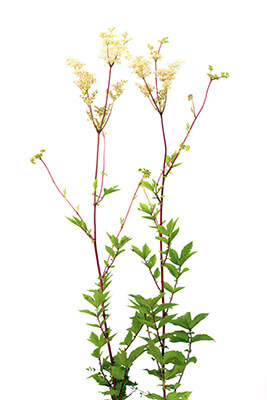 Meadowsweet is a perennial herb that occurs in wild and cultivated habitats in Europe and Asia. There is hardly any written tradition about this ancient medicinal plant from ancient times or the Middle Ages. It was the naturalist and physician Adam Lonicerus (1528-1586) who first described the healing powers of meadowsweet as effective against rheumatic diseases and diarrhoea. Due to its salicin content, the name of aspirin was derived from this plant. “A-” from acetyl and “-spirin” from Spirea ulmaria. 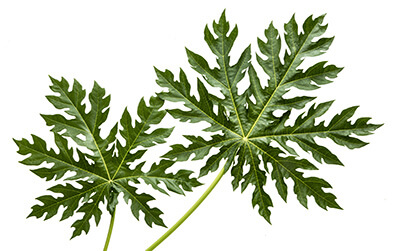 The papaya actually comes from the coastal regions and lowlands of Central and South America. The name papaya comes from the language of the Arawak Indians. At the beginning of the 16th century, the Spanish started cultivating these plants in the Antilles and the Philippines, among other places. Today it is cultivated worldwide in the tropics and subtropics, e.g. in Australia and India.

Papaya is a popular and important fruit tree in tropical and subtropical parts of the world. Its tasty fruit is consumed fresh or sold as a processed product worldwide. All parts of the plant – fruit, root, bark, peel, seeds and pulp – are also known for their medicinal properties. Many of the benefits of papaya can be attributed to its high vitamin A, B and C content. Proteolytic enzymes like papain and chymopapain, which have antiviral, antifungal and antibacterial properties, round off the profile. In recent years, important insights have been gained into the biological activity and medicinal use of papaya. Today, it is considered a valuable neutraceutical fruit plant. 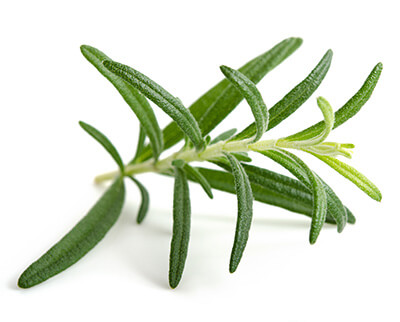 Already Dioscorides described rosemary with its aromatic smell as a plant with warming power, which was used by means of ointments against jaundice. In the northern European medicine of the Middle Ages, it was known as a remedy for toothache, pain of the liver and intestines, and generally for internal pain. In the herbal book of the Bern city physician Otto Brunfels (1488-1534) is written: “Rosemary strengthens the weak heart, promotes blood circulation, helps with fainting, warms the cold legs and helps with pain of the uterus”. He saw not only the circulatory but also the antispasmodic properties of the medicinal herb. These properties were confirmed in clinical studies in modern times.

Its essence is to fire up, give energy and warm through. In folk medicine, the circulatory properties of rosemary are well known. It has a tonic effect on the cardiovascular and nervous systems, supporting blood circulation in the coronary arteries and thus cardiac activity. This confirms its reputation as a herb that promotes blood circulation and stimulates the circulatory system. In addition, it has digestive, appetite stimulating, antimicrobial, antiviral, antispasmodic, antidiabetic, liver protecting, anti-tumor and anti-inflammatory effects. 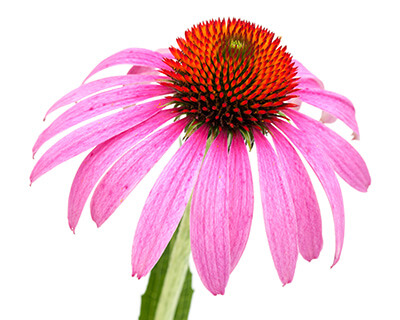 An ancient medicinal plant, coneflower is one of the most popular and widely cultivated medicinal plants in North America. It was used early by Native Americans for various ailments, including sore throats, coughs, and snakebites. Among immigrants, the plant was not known until about the 1800s. After that, the root extract became widely used for blood purification and against infections, and became very popular in the early 20th century.

In folk medicine it is used for respiratory and urinary tract infections. In addition, it is suitable for wound healing. 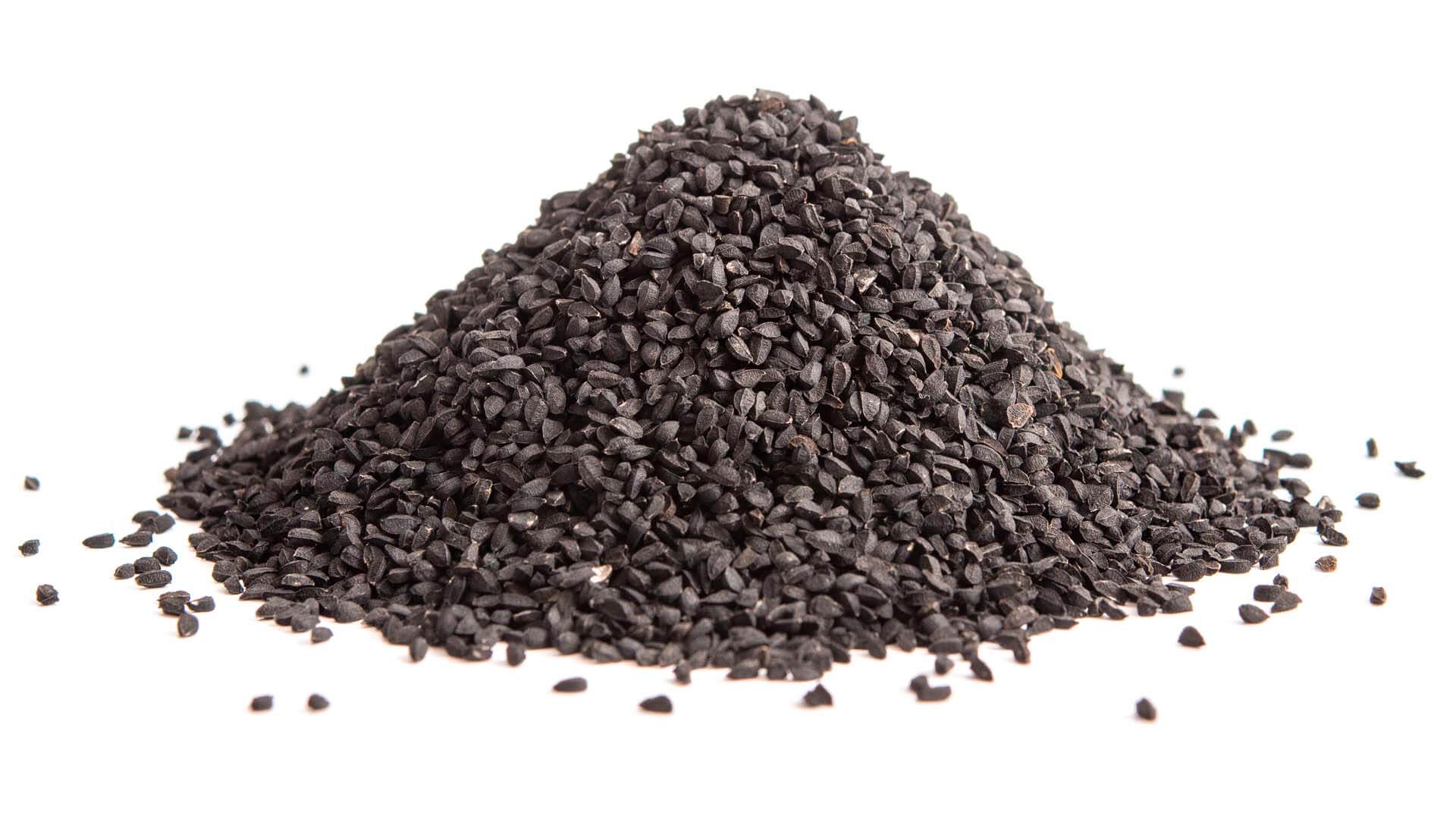 In the Orient, it has been used as a spice and in medicine for over 3,500 years. Ancient Babylonian and Roman healers alike resorted to it. Dioscorides described the plant as a poultice for headaches, against liver spots, hardening and leprosy. Black cumin was also recommended to promote milk secretion and also against snakebites. In Europe, it became known as black coriander in the Middle Ages and was used for similar ailments as it once was in ancient times.

In European folk medicine, black cumin is very well known as a medicinal plant. Among other things, it has an anti-inflammatory effect, cholesterol-lowering, analgesic, blood sugar-lowering, neuroprotective, anti-anxiety, antibacterial, skin-protective and antioxidant. 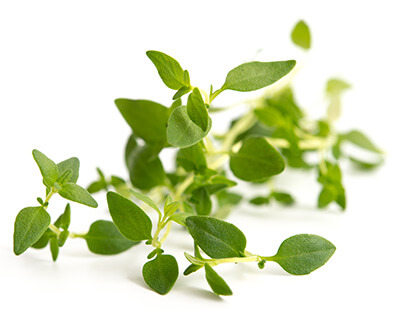 Thyme is native to the western, European Mediterranean region. It has long been used as a medicinal and spice plant and played a major role in ancient and medieval medicine. Hildegard von Bingen recommended the herb for respiratory distress or whooping cough. In older herbal books, thyme was recommended for many ailments: chest pain, appetite stimulation, digestive problems, warts or wound treatment. It is used as honey, pure, as a poultice, in vinegar or in wine. 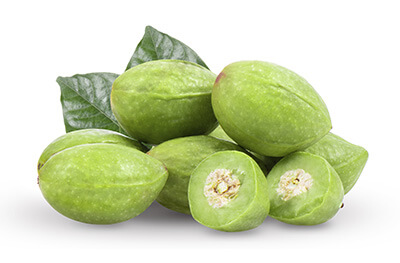 Chebulic myrobalan, also known as Haritaki, belongs to the winged-seed family. The evergreen tree with a height of 15-25 meters tree is found in India, Nepal, Tibet, Sri Lanka and other countries. In Tibet, the plant is called, among other things, the “fruit of long life”. In Uwemba-Pastilles® Immune-Booster Complex the dried fruit is used.

The fruit has been known in Chinese medicine since the 11th century. In India, Haritaki is a very important plant dedicated to the god Shiva. The fruit contains tannins, triterpenic acids, arjunetin and arjunin.

In traditional Chinese medicine, the fruit has been attributed with digestive properties that support the large intestine. The plant is also known for its laxative, hemostatic, antipurulent, cough-irritant, and gum-strengthening properties. 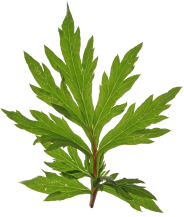 The quality of Uwemba Pastilles®

We vouch for our good manufacturing practices!
That’s why we work according to the guidelines of Good Manufacturing Practice (GMP) – the European standards for quality assurance in the production of pharmaceuticals and food supplements.

Gentle processing of the plants and predominantly organic quality

Each of our plants requires its own climatic conditions, so they are planted all over the world. For example, the mugwort plant Artemisia originates from the Benedictine mission in Tanzania. In cooperation with regional producers, we pay attention to sustainability and organic cultivation.

Our products consist of plant components that complement each other in their benefits. While still in the country of cultivation, the plant partswith high potency are sorted and strictly tested for possible microbiological contamination when they are delivered to Switzerland.

The plants are processed in Switzerland, gently and energy-efficiently ground and pressed into herbal pastilles. Thus, we monitor the entire process of production according to European quality standards and ensure that there are no harmful substances.

Products from Switzerland are known for their quality. This Swiss quality is a commitment for us! We guarantee the highest standards of production and consistently high quality and reliability of our products! 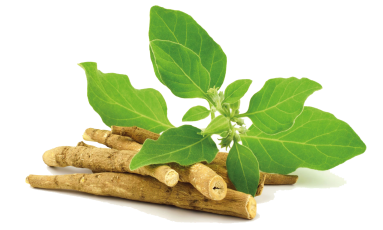 Uwemba-Pastilles® are various herbal multi-substance preparations. Currently 3 products are available, which are suitable for different indications.

Take the pastilles according to the consumption recommendation distributed at each of the main meals with enough water.

Can I use Uwemba-Pastilles® combine products?

You can combine the products with the recommended amount of consumption. If you have a medical condition, it is recommended to contact your doctor.

Uwemba-Pastilles® are available in Switzerland from pharmacies / drugstores and doctors. You can find a list of points of sale through this link. It is advisable to contact the specialty store beforehand to check the availability of the products. Internationally, Uwemba Pastilles® are distributed in Germany, Austria and Poland.